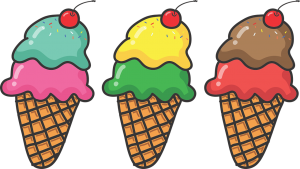 A sampler episode where listeners get a taste of one of the offerings at Two Worlds Media. This is a sample chapter from Calvin Tadema’s latest book, Learn from Me – Patterns and strategies in transformative healing prayer.

Two Worlds Media is about independently published books from a Christian perspective.

TWM is mostly a marketplace. It’s kind of a storefront for indie writers. But what if we could do more to encourage readers and writers? What if we could make suggestions and provide resources to people who have some of their own ideas for the journey? To do that I’ve started a Podcast called “Read Between the Worlds” where I’ve discussed some of the aspects of writing and publishing in a print on demand world. That’s been going for a few months.

I’d like to do more. In addition, I’d like to offer resources for indie writers. So, allow me to introduce the Two Worlds Media Writer’s Workshop.

This will be a place for active and aspiring writers to explore. It will have the following elements.

So, there ya go! It’s an idea in the larval stage at the moment. I wouldn’t be surprised if I have to scrap it due to lack of interest, but who knows? Maybe this is an idea whose time has come.

Here’s the link. Remember we’re just getting started here. With enough interest, who knows what may evolve. I’d love to hear from you.

A follow-up to the sampler episode featuring the book, Heal Me O Lord – The Christian’s Handbook to Personal Wholeness Through Healing Prayer. Dan interviews the author, Calvin Tadema.

As the world of independent publishing expands, so has Two Worlds Media. Within the last few months we’ve added two new authors and, presently, we have three books in production. It appears we are on a growth curve.

At the start, the goal of TWM was to make a place for the work that Jody and I were doing. Having a “web presence” is just part of the game of indie publishing. What we didn’t anticipate was there were folks among our friends and acquaintances that had something to say and didn’t really know how to get it said. When they found out that we had taken the leap into self-publishing, they thought out loud how they might do something similar. I found myself saying something like, “I can help you with that!”

Suddenly, I was a publisher…well, not exactly. I became a coach and servant as I walked these aspiring authors through the process of setting up their own publishing effort. I formatted their manuscript into book form; helped them design a cover; prepared their work to be converted into an eBook and opened up their publishing accounts for them. Finally, I got their work on Amazon, and other distributions points including Two Worlds Media. Most writers find all that overwhelming, and I suppose it is. It was for me at first. But, having done if a few times, I could help them get past that obstacle. So, it is my privilege to help authors get their thoughts out where their audience can benefit from them.

“How much do you charge?” they asked. I told them I didn’t. They said, “Well, I want to give you something,” My answer has become well rehearsed: “Nothing is expected. Anything is appreciated.” Not much of a business model, is it? Particularly when I find certain “vanity presses” out there that will “help” writers by charging $500 with packages up into the thousands.

You’ll notice that even though titles at Two Worlds Media have a cover price, more than a few are available to those with financial limitations for a donation or even for the cost of shipping, That is to freely make available what God has given us instead of doing “business as usual.” Of course, there are books on the site that have a set cover price, too. It’s up to our authors.

Two Worlds Media has become a marketplace for Independent “word-carvers.” Think of it as a consignment shop for local artists. When you buy a book or audio download, your money or donation usually goes directly to the writer. That’s why we don’t have a “cart” for your purchases. We want any funds that come for a particular title to go to the writer and not pass through a “middle man.” Two Worlds Media doesn’t “take a percentage.” Does that mean that what I do is free? Sometimes. It depends on the ability and inclination of the artist. Most times, though, authors try to express their appreciation for what I’ve done in one way or another. As we say around here, “Nothing is expected. Anything is appreciated.”

I wonder what the Father has in store for the coming year? Stay tuned! Should be exciting!