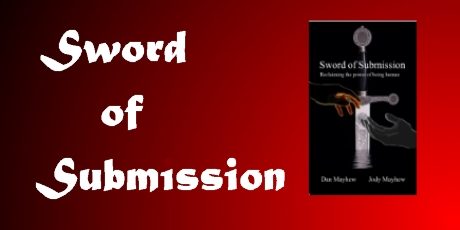 Restoring the power of being human…

From the Prologue  ~ A Reunion with Angels

Call it instinct. Or natural knowledge. Call it a primal hunch. Whatever it is, it shows up all over in legend and literature, in the stories we tell, even in the movies we fork out ten bucks to go see. Throughout the narrative tradition of the human race there are references to worlds unseen, known only in part, tantalizingly close yet just out of reach. There are tales of unknown beings and unnatural powers.

Why are those references so pervasive? Are we humans just imaginative creatures that happen to return to the same themes over and over? Or does that give us too much credit? Maybe what we call fantasy really descends from what could be called the “meta-narrative” of the universe. Elves and angels; orcs and demons. The rebellion of Star Wars—may the Force be with you. The interface of worlds in The Matrix. Our imagination? Human creativity? Or is there a suggestion woven into the soul of the human race, a yearning to know of things invisible—a longing to be somehow whole again. Maybe that’s why we write about it and imagine it. We call it fantasy. On the other hand, it could be evidence that our souls are like restless fish, aching to return to the very headwaters of creation. What might we find there?

We think we will find that our stories come from an instinctive connection with the Bible and its story. Consider a letter written in the first century:

You have not come to a physical mountain, to a place of flaming fire, darkness, gloom, and whirlwind… No, you have come to … the city of the living God, the heavenly Jerusalem, and to thousands of angels in joyful assembly. You have come to the assembly of God’s firstborn children, whose names are written in heaven. You have come to God himself, who is the judge of all people. And you have come to the spirits of the redeemed in heaven who have now been made perfect. You have come to Jesus, the one who mediates the new covenant between God and people…
~The Letter to the Hebrews (NLT)

Try to imagine what the writer to the Hebrews is describing here. Imagine this “heavenly city.” It is not only a gathering place for angels, but a welcome hang-out for human beings—eternal beings and “time-creatures” meeting together in one place! The race of eternal ones is having a joyous celebration, a party. Imagine that! Thousands from the race of angels cheering and shouting! Why the celebration? Perhaps it is because of the time creatures—humans—the church of the firstborn. Is it a victory celebration? A welcoming party? A reception? Perhaps it is all of those things and one more. Perhaps a reunion.

I think the writer to the Hebrews is drawing on some common understanding of the meta-narrative of creation; that the universe is bi-dimensional, each one with its native race; that there has existed a chasm between the two that will one day be bridged and the way opened for a gathering of races. Not a first encounter but a return to the way things were always meant to be, a reunion. In the book of Hebrews, God is foreshadowing for us the celebration when those two dimensions come together, humans and angels by the grace of God in Christ celebrating the victory over a rebellion that broke out in eternity. The party is the sign that the rebellion has been put down and the army of rebel angels destroyed. It is the symbol of the rescue of the human race, nearly doomed in the fierce battle over creation.

The Bible is a war story. It tells of the liberation of creation by a hero first called The Seed who faced death and the fury of a rebel army of eternal beings. It is the tale of a conflict, the outcome of which hangs on a race of “time creatures” and their willingness to become allies with The Seed and submit themselves to their Creator. Fantasy? We don’t think so. Perhaps some fantasies are merely reality viewed through a one-dimensional lens. Perhaps the human race—beings stranded in time, “time-creatures”—really are part of an invisible war that broke out in another dimension and is, even now, being fought across the battlefield of time and space. Perhaps the prize is a seamless creation, a multi-dimensional universe no longer divided, but brought back together—everything in the eternal dimension and in time/space submitted under the authority of The Seed. The biblical story of redemption is the story of the defeat of a rebel army in the eternal realm, and of the liberation of a race once captive in time and space. In the end, it is the story of a joyous army that wins the war by using the most sophisticated weapon available—and it’s been available for a very long time.